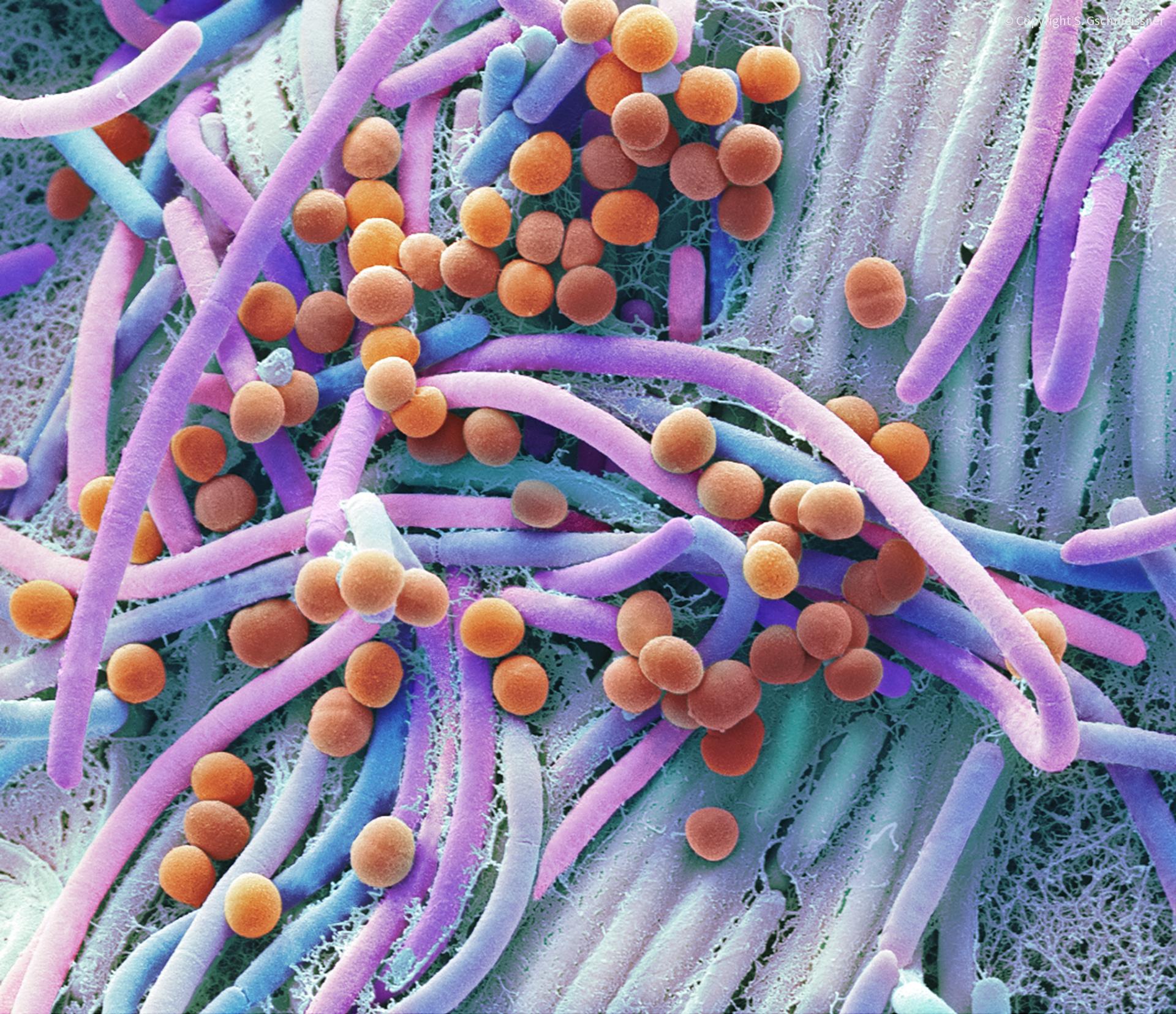 Cat bacteria treats mouse skin infection, may help you and your pets as well

Researchers at University of California San Diego School of Medicine used bacteria found on healthy cats to successfully treat a skin infection on mice. These bacteria may serve as the basis for new therapeutics against severe skin infections in humans, dogs and cats.

The study, published in eLife on October 19, 2021, was led by Richard L. Gallo, MD, PhD, Distinguished Professor and chair of the Department of Dermatology at UC San Diego School of Medicine, whose team specializes in using bacteria and their products to treat illnesses — an approach known as “bacteriotherapy.”

Skin is colonized by hundreds of bacterial species that play important roles in skin health, immunity and fighting infection. All species need to maintain a diverse balance of healthy skin bacteria to fight potential pathogens.

“Our health absolutely depends on these ‘good’ bacteria,” said Gallo. “They rely on our healthy skin to live, and in return some of them protect us from ‘bad’ bacteria. But if we get sick, ‘bad’ bacteria can take advantage of our weakened defenses and cause infection.”

This is the case with methicillin-resistant Staphylococcus pseudintermedius (MRSP), a bacterium commonly found on domesticated animals that becomes infectious when the animals are sick or injured. MRSP is an emerging pathogen that can jump between species and cause severe atopic dermatitis, or eczema. These infections are common in dogs and cats, and can also occur in humans, though rates of human infection vary around the world. As its name suggests, MRSP is resistant to common antibiotics and has been difficult to treat in clinical and veterinary settings.

To address this, researchers first screened a library of bacteria that normally live on dogs and cats and grew them in the presence of MRSP. From this, they identified a strain of cat bacteria called Staphylococcus felis (S. felis) that was especially good at inhibiting MRSP growth. They found that this special strain of S. felis naturally produces multiple antibiotics that kill MRSP by disrupting its cell wall and increasing the production of toxic free radicals.

“The potency of this species is extreme,” said Gallo. “It is strongly capable of killing pathogens, in part because it attacks them from many sides — a strategy known as ‘polypharmacy.’ This makes it particularly attractive as a therapeutic.”

Bacteria can easily develop resistance to a single antibiotic. To get around this, S. felis has four genes that code for four distinct antimicrobial peptides. Each of these antibiotics is capable of killing MRSP on their own, but by working together, they make it more difficult for the bacteria to fight back.

Having established how S. felis kills the MRSP, the next step was to see whether it could work as a therapy on a live animal. The team exposed mice to the most common form of the pathogen and then added either S. felis bacteria or bacterial extract to the same site. The skin showed a reduction in scaling and redness after either treatment, compared with animals that had no treatment. There were also fewer viable MRSP bacteria left on the skin after treatment with S. felis.

Next steps include plans for a clinical trial to confirm whether S. felis can be used to treat MRSP infections in dogs. Bacteriotherapies like this one can be delivered via topical sprays, creams or gels that contain either live bacteria or purified extract of the antimicrobial peptides.

While these products are in development, what should pet owners do in the meantime?

“Don’t stop washing your pets to keep these ‘good’ bacteria on them,” said Gallo. “Skin has evolved to protect the ‘good’ bacteria, so soap and detergents don’t usually wash the good guys off.”

“It may even be possible that living with a healthy cat provides humans with some protection against MRSP,” Gallo said, “so this may be an argument in support of pet ownership.”